*** Success of the conference : Thank you to all the participants in the 4th edition of ICEECA: members of the Organizing Committee, members of the PC, Speakers and Sponsors ***

Nadjet Zioui is a professor of Mechatronics at University of Quebec at Trois-Rivieres. She holds a PhD degree in Automatic control from Ecole Nationale Polytechnique of Algiers. She was a Research and Development projetct Manager at Demtroys Technologies, lecturer at Ecole Polytechnique of Montreal, and Professor at Ecole Nationale Superieure de Technologies of Algiers. She has a strong experience in smart sensors and controllers networks design and deployment. Her research interests are smart sensors networks applications, advanced robust controllers, autonomous vehicles, IOT, smart and clean energy.

Hybrid networks are different technologies networks interacting under a unique structure. In the particular case of distant control and monitoring for smart systems, there are several types of networks implied, with at least the local network and Internet. In some infrastructures, the local network itself might include several types of networks whether wired or wireless. What are the topilogies and strategies in managing the so called hybrid networks configurations? What are the challenges in terms of real time, reliability and data hadling? Anyhints of practices and technologies ?

Ahmed Chemori received his M.Sc. and Ph.D. degrees, both inautomatic control from Polytechnic Institute of Grenoble, France, in 2001 and 2005 respectively. During the year 2004/2005 he has been a Research and Teaching assistant at Laboratoire de Signaux et Systèmes (LSS – Centrale Supelec) and University Paris 11. Then he joined Gipsa-Lab (Former LAG) as a CNRS postdoctoral researcher. He iscurrently a senior research scientist in Automatic control and Robotics for the French National Center for Scientific Research (CNRS), at the Montpellier Laboratory of Computer Science, Robotics and Microelectronics (LIRMM). His research interests include nonlinear (adaptive and predictive) control and their real-time applications in different fields of robotics (underactuated robotics, parallel robotics, under water robotics, humanoid robotics and wearable robotics). He is the author of more than 100 scientific publications, including international journals, patents, book chapters and international conferences. He co-supervised 17 PhD theses (including 7 defended) and more than 38 MSc theses. He served as a TPC/IPC member or associate editor for different international conferences and he organized different scientific events. He has been a visiting researcher/professor at different institutions including : NTNU – Norway, TohokuUniversity – Japan, EPFL – Switzerland,TUT – Estonia, HUST and UPC – China, CINVESTAV – Mexico, UPT – Mexico,Chiang Mai University – Thailand, KAUST – SaudiArabia, ENIT and ENSIT – Tunisia, UMC – Algeria, etc.He has also delivered various plenary/keynote lectures at different international conferences.

of Underwater Robots for Inspection Applications

Underwater vehicles have gained a widespread interest in the last decades, from various research communities (design, actuation, communication, perception, modelling, navigation, control, etc), given the multiple tasks they can accomplish. Their applications are multiple in different fields, such as underwater inspection, oil and gas offshore industry, fish farms, wind parks, hydroelectric power stations, underwater archeology, ocean cartography, air crash and environmental investigations, etc. One of the potential applications of these systems deals with inspection of underwater facilities such as bridges, hydraulicdams, Shiphulls, aquaticenvironments, etc. When we are interested in autonomous control of underwater vehicles, different challenges may arise. These challenges are mainly due to the inherent high nonlinearities and time varying behavior of the vehicle’s dynamics subject to hydrodynamic effects and external disturbances.

In order to avoid the degradation in the performance of the controlled system during a specific mission, the vehicle is expected to possess certain robustness and a self-tuning ability to compensate for different kinds of uncertainties, parameters variation and external disturbances. That is why adaptive and robust controllers are widely used for such complex systems. Although, control of underwater vehicles was a thoroughly investigated subject, it remains an open research problem, especially for autonomous inspection tasks and more for coordination interventional tasks. This talk will be focused mainly on advanced control of underwater vehicles for inspection applications. All the proposed control solutions will be illustrated through real-time experiments on different underwater vehicles, for various operating conditions.

Naceur BENHADJ BRAIEK was born in Mahdia, Tunisia. He obtained the Engineer degree in Electrical Engineering, and the Master degree in Systems Analysis and Signal Processing, both from National High School of Engineers of Tunis in 1987, and the Doctorate degree (PhD) in Automatic Control from the University of Sciences and Technologies of Lille-France in 1990, and the State Doctorate of Sciences (Doctorat d’Etat ès Sciences) in Electrical Engineering from the National High School of Engineers of Tunis– University of Tunis- in 1995.
He is Professor of Automatic Control and Electrical Engineering, and the Head of research Laboratory “Laboratory of Advanced Systems” at the Ecole Polytechnique de Tunisie– University of Carthage. His domain of interest includes nonlinear systems modeling, control and optimization in both theoretical developments and applications. He has published more than 250 scientific papers in international journals and conferences and supervised more than 80 Master thesis and 35 PhD thesis which have been successfully defended. He is member of the board of the Tunisian National Committee for Evaluation of Research Results.

Stability analysis of nonlinear dynamical systems remains an open research topic for contribution to the development of stability criteria and the estimation of a guaranteed stability domain around the equilibrium point.
In this lecture we first review the main methods of studying the stability of nonlinear systems developed in the past. Next, we present a unified approach for modeling and analysis of nonlinear analytical systems: the polynomial modeling using tensor product and its use to derive practical stability criteria based on the direct Lyapunov method. Then, main results related to the problem of the attraction domain estimation of asymptotically stable equilibrium states will be presented. This analysis will cover Lyapunov and non Lyapunov methods. The mathematical support of the proposed methods will be explained and discussed and their applicability will be illustrated on several examples, which will be given throughout the presentation. 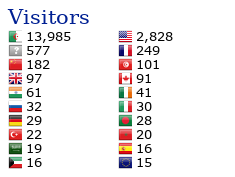